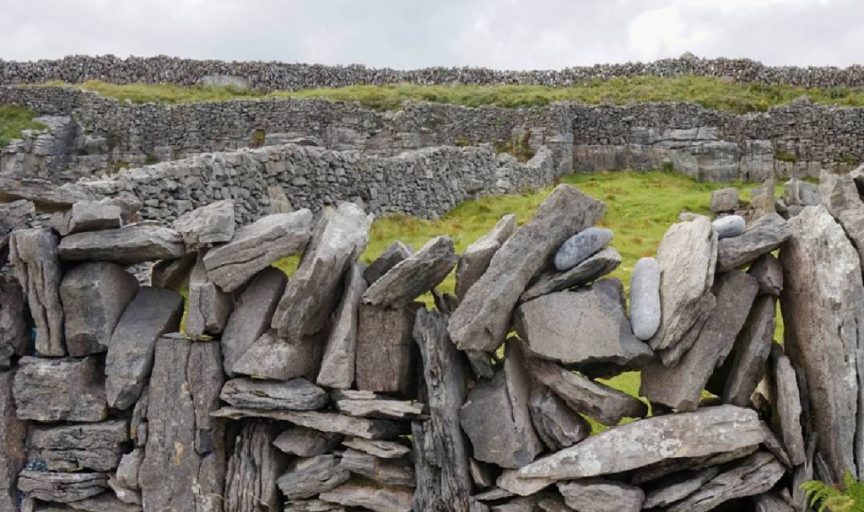 One of the most distinct elements of the Irish landscape is the dry stone walls. 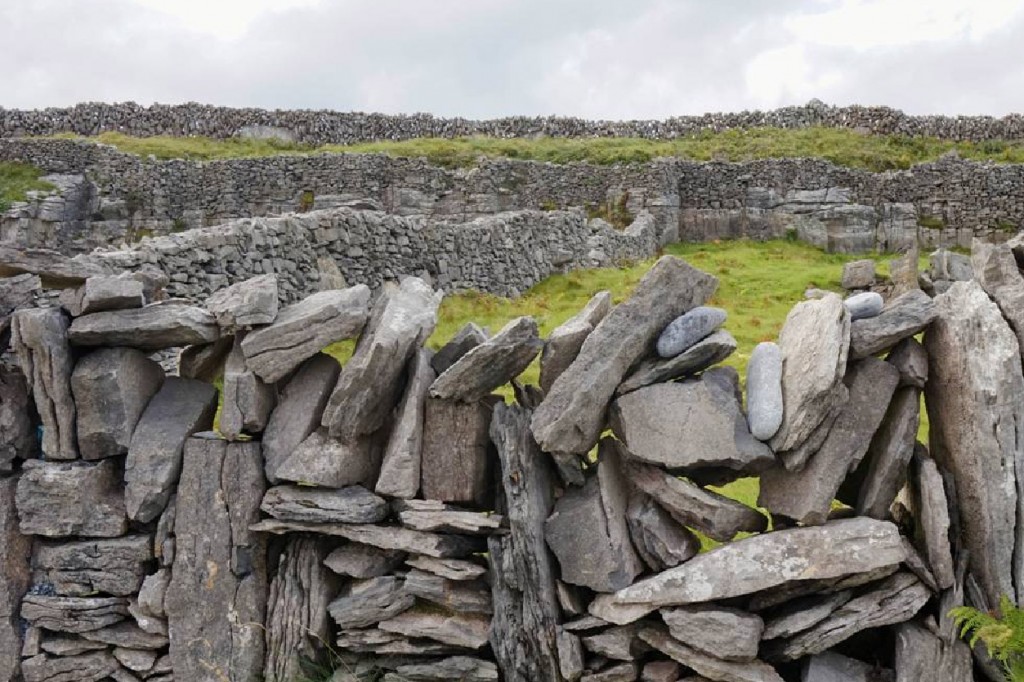 When visiting the countryside of Ireland these walls are visible in many different regions of the country. They are sometimes seen in dense groups, dividing the land into many small fields. Other times these walls are seen traversing steep terrain, leaving one wondering how they were even built. From a design perspective these walls are fascinating. There are several different types of Irish dry stone walls and of course the history of the walls is just as interesting. 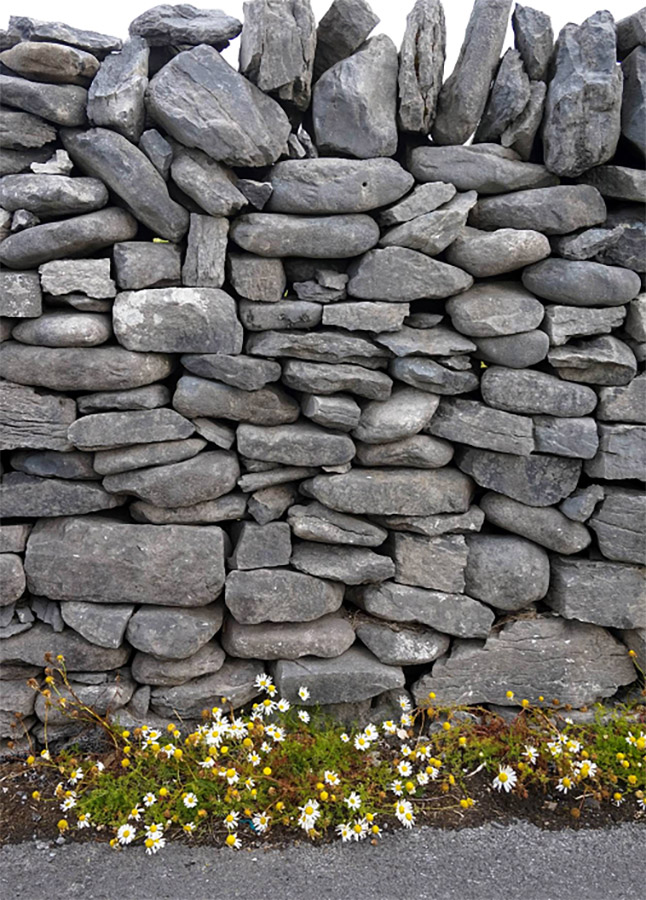 Historically, the practice of building dry laid stone walls by hand dates way back and is not unique to just the Irish culture. In Ireland, many of the walls still standing today were built during the years of the Irish Famine, less than 200 years ago. The walls were built to separate and protect crop fields as well as create separated fields for livestock grazing.

A unique element of these walls is that they did not have gates. When livestock needed to be moved from one field to the next, the farmer would deconstruct part of the wall, move the animals through, and then rebuild the wall. This was possible because the walls were built without mortar. In fact, they were built without even a foundation. Often the stone used to build the wall came right from the field itself when the soil was cleared and prepared for planting. 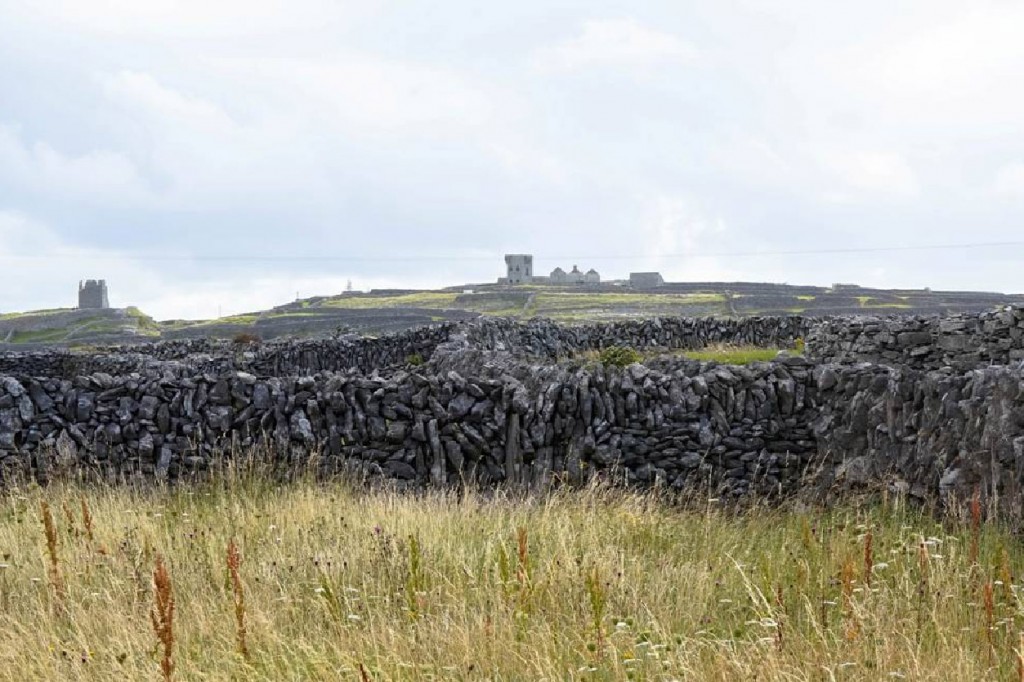 The design of these walls, according to “Irish Stone Walls” by Patrick Mcafee, fits into three construction types: single, double, and combination. The single walls are thinner with just one layer of stacked stone. These walls look more precarious and let more wind through. The double walls are two stones thick so they are more stable and better protect the field, but are more time consuming to build. The final type, called combination, has a base that is a double wall and then a few feet up switches to a single wall. These different types of walls all have their advantages and are used in different regions of Ireland.

However, there are also distinct stylistic differences in the exact way the rocks are stacked. Some walls are made of big blocky boulders, others are flat slabs of rock that are stacked horizontally, other stacked vertically, and still others seem to be stacked randomly and look like they might topple over if pushed. These differences might be the result of a practical approach based on the type or shapes of stone used, they may be an artistic interpretation to give one farmer’s walls a distinct look from his neighbors, or they may be the result of a traditional way of building carried down by one family for generations. Either way they add a uniqueness to each wall when examined up close and one can come to appreciate the skill and patience it took to build these walls by hand.

Today, Ireland’s stone walls are a remnant of an older way of living. In many parts of the country the walls are still used, though now gates have been added. In just the last twenty years or so the walls have been recognized as an important cultural element. It is now becoming more common to see these walls appearing in communities and around homes as a design statement and nod to the tradition, both in Irish communities and around the world. 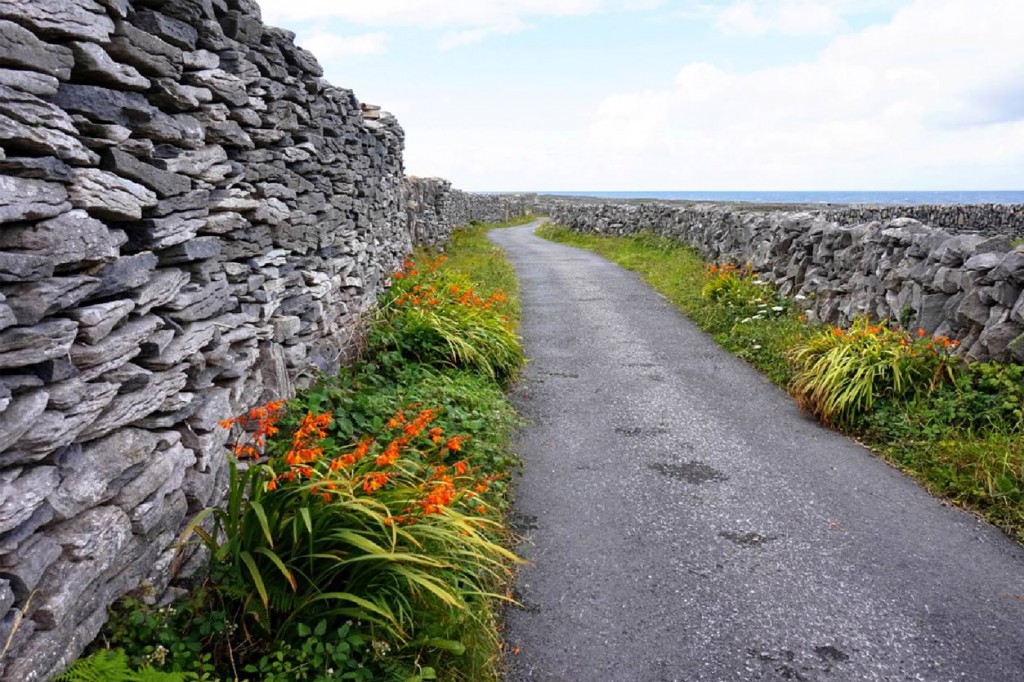