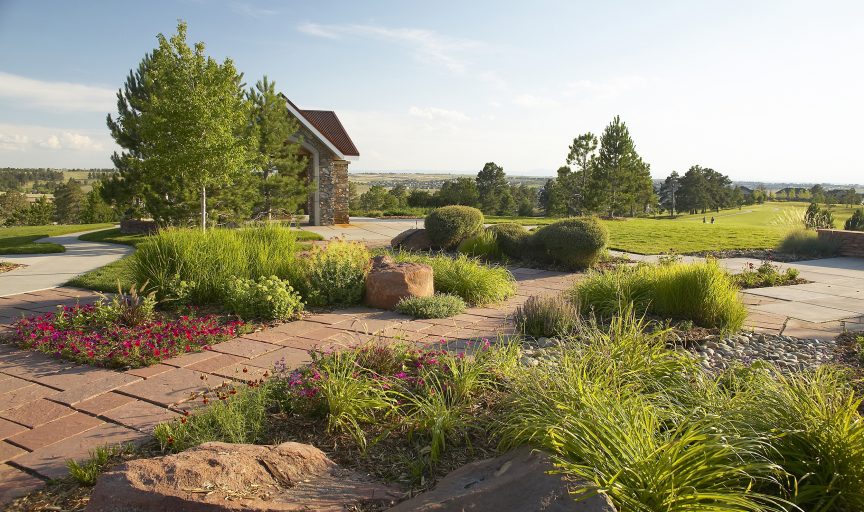 Rethinking Cemeteries in our Communities

While not a project type synonymous with DTJ, cemeteries are an important component within communities and like all other designed environments they should be re-examined in our new normal.

Most cemeteries that people are familiar with (and live nearby) are generally composed of open lawns, formally arranged grave sites, and critically located landscape, otherwise known as Lawn-Park or Memorial Lawn cemeteries which became popular in the early 1900s. As designed, these cemeteries serve their intended purpose – memorializing and remembering family and friends. Though given most are in close proximity of residential neighborhoods, or in the case of a large number of Front Range communities, neighborhoods are growing up around them, they present an opportunity to be re-thought as places of leisure and recreation, as well as remembrance.

The growth of the Romanticism movement of the nineteenth century brought about a new thinking of cemeteries which became known as the Rural Cemetery Movement – cemeteries characterized by their picturesque landscapes, park-like designs, and decorated with ornate sculptures and mausoleums. Mount Auburn Cemetery (Cambridge, MA), Bellefontaine Cemetery (Saint Louis, MO), and Laurel Hill Cemetery (Philadelphia, PA) are key examples of this movement. There are also contemporary examples of these same ideals including Lakewood Cemetery Garden Mausoleum (Minneapolis, MN) which originally opened in the late nineteenth century but then needed to create new sources of revenue to maintain and enhance its primary asset – its landscape. The cemetery opened its Garden Mausoleum in 2014 which transformed an under-utilized ‘sunken’ space to a revitalized, contemporary space with a building integrated into the garden, and a landscape that blends harmoniously with the historic context.

Cemeteries like Mount Auburn and Lakewood Cemetery show that these places can be more than a single use – a community amenity that people want to live nearby and travel to visit. And while not all cemeteries have available non-developed land, there are still opportunities to work with a landscape architect to re-think developed portions into arboretums to promote tree diversity and preserving and enhancing areas for critical wildlife habitat. Small improvements like these can have lasting impacts that benefit not only the cemetery but the communities they are within.

Cemeteries have often been referred to as ‘cities of the dead,’ but why not also for the living?